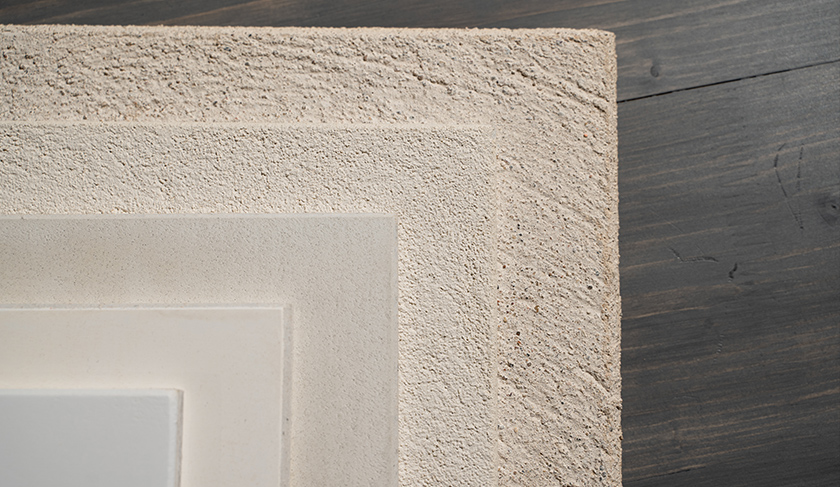 Lime is a material obtained from limestone. Limestone is a mineral resource that is mostly mined by quarrying. Lime is a material with a long history. It has been used all over the world as a binder in masonry and plastering. The production and use of lime declined significantly when cement was introduced at the end of the 19th century.

How is lime obtained?

Lime production is divided into two: the traditional production method and the industrial production method. Production begins in limestone quarries, where industrial production breaks and loosens rocks with crushing and blasting equipment, and traditional production breaks limestone by hand with hammers. Limestone goes to processing, where it is burned in special furnaces at high temperatures. The result is quicklime, which is subsequently slaked depending on the production method. In an industrial way, the lime is quenched into a low-water powder and is immediately marketed. In the traditional way, the lime is quenched with plenty of water. The heat is released, and the result is a lime paste, which is left to age for several months to several years in special lime baths. The construction physical properties of traditionally produced lime paste are of the highest quality because as a result of long maturation, the lime particles are thinner and, therefore, the best as a binder.

Where is lime used?

Limestone is most widely used today in construction: concrete, road construction. Limestone, on the other hand, is most commonly used in many industries, such as the metal industry, the paper industry (pulp production), the fertilizer industry, in addition to drinking water and wastewater treatment, and chicken feed.

Limestone made from limestone is also used as an interior and exterior finishing material, which is becoming popular again due to the good properties of lime. In agriculture, lime is used to neutralize soils in order to make acidic soils more alkaline.

Lime, being a natural material, is very similar to clay in its properties. For example, both can very effectively regulate humidity and neutralize harmful substances and unpleasant odors. Due to their hygroscopicity, breathability and durability, many families prefer to use lime plaster to decorate their homes. This creates a healthy indoor climate that is natural and natural for us as human beings.

In addition to the above, lime has some other unique properties: a high pH level and a phenomenon called carbonation. Mold does not like high pH levels, so using lime as plaster in bathrooms and other damp rooms is recommended. Lime is very resistant to constant temperature fluctuations, which is why it has proved its worth even in extreme conditions, coping with the desert heat of the southern countries and the cold Nordic countries.

However, carbonization means that lime as a building material does not dry out like clay and does not harden like cement but hardens by reacting with carbon dioxide in the air. This process of "hardening" is slower than in the case of cement. Lime needs moisture to carbonize. Therefore, it is essential to what the weather is like during exterior finishing work where lime is used. The best weather for lime work outdoors is the summer period with cloudier and cooler weather, where the danger of night frosts has passed, and the hot summer heat does not heat the facade surfaces. It must be taken into account that working with lime-based finishing materials requires knowledge and specific techniques. In addition, it is important to know that wooden buildings and other natural walls must not be plastered with cement (a material that is too strong and dense in terms of construction physics). In this case, lime plaster will come to the rescue. Lime holds wood, being softer and more elastic and a diffuse (breathable) finishing material.

Impact of lime use on the environment

The impact of lime on the environment is expressed in limestone mining (drilling and blasting) and combustion (CO2 emissions). Limestone mining and processing must be divided into two in terms of environmental impact: industrially produced lime and traditionally (hand-made) lime. What is the difference between the two from an ecological point of view?

In the traditional way, lime production has the softest footprint for the environment. Lime is mined by hand with hammers, and the only seemingly energy-intensive part is lime burning, but it is also balanced because wood is used to burn limestone - the balance comes from the fact that as much forest is emitted as CO2 AS Limex uses well-dried forest wood and old house logs for heating). The energy intensity is further mitigated by the fact that lime treated in this way is primarily used in the construction industry on the external facades of houses as a finishing material, where lime re-binds carbon dioxide from the air during carbonization. In other words, lime production in the traditional way is CO2-neutral.

Industrial lime production has a more painful effect on the environment. This is because different drilling and blasting equipment is used to extract lime, and limestone burning emits ten times more carbon dioxide than traditionally burned lime (Kermo Jürmann Bachelor's Thesis: “Lime as a Traditional Building Material and the Humidity Regulating Effect of Lime Plaster”, p. 8)

Bringing the cement industry for comparison, the environmental impact of lime along with cement production and use is fading. Cement is produced using a number of different minerals (sand, clay, limestone) that need to be mined, higher processing temperatures, and more energy-intensive equipment. In addition, waste management is a major problem. Cement is not a biodegradable material, and cement does not sequester CO2 when it later hardens. Cement has been identified as accounting for 8% of global CO2 emissions.

Being aware of the impact of the production of different building materials on the environment, we can make smarter and better decisions for the environment. Be aware and choose clay plaster for the finishing of your interior, where lime strength is not required because the production of clay plaster has a minimal ecological footprint. Use lime plaster on exterior facades, in more used interiors, and in damp rooms where resistance to temperature fluctuations and humidity and lime strength are essential. Use as little cement as possible to reduce CO2 emissions and the burden on waste management. If possible, replace it with a more natural alternative (build a foundation of ore stones, use a clay floor instead of a concrete floor, and choose lime or clay plaster instead of cement plaster). We create a balance between consumption and demand and help reduce our ecological footprint.